Darkhorse Films ("Darkhorse") the team behind the ERC20 Utility Token FilmCoin ("$FLIKS") are pleased to announce that the company has dropped the teaser trailer for their highly anticipated inaugural motion picture, Tales From The Trap ("TFTT") a gritty no holds barred true story set within the UK Rap Scene and telling the story of County Lines Drug Dealing Gangs.

Just six months after its inception and in the wake of the pandemic, the company launched its utility token FilmCoin "$FLIKS" and Darkhorse is already delivering on its promise to empower Filmmakers and Fans worldwide and challenge the existing status quo of the Film industry.

Darkhorse, the world's first of its kind blockchain-powered digital Film and Television production studio has created a fresh and engaging way to finance movies; by streamlining the process and 'trimming the fat' to maximise profit potential with instantaneous revenue collection and dissemination.

About Tales From The Trap ("TFTT")

TALES FROM THE TRAP is a gritty no holds barred look inside the world faced today by many youths growing up on UK streets and council estates. Tales of Gang Culture, Fashion, Music, Knife & Gun Crime, County Lines Drug Deals, however more than that 'TALES FROM THE TRAP' is a story of Friendship and Loyalty that runs deeper than any Family. Slick is a rising star in the UK Rap & Drill Music scenes as part of the SE8 crew who are tearing up the music scene, however with a rise in success also comes a rise in status and all the dangers that come with it. Soon the SE8's friendship is tested to the limit as rival gangs, bent coppers, older drillers and dealers, fate and circumstances force these youths' hand with deadly consequences.

TALES FROM THE TRAP is as powerful and hard hitting as it is heart-warming and tells the story, which is all too familiar on today's UK streets and council estates.

In addition to the film production business, the team have successfully integrated, and are now preparing to launch, a state-of-the-art e-commerce and complementary NFT marketplace, a blockchain powered retail platform specifically designed to create real world value for any film or music related digital content. All content displayed throughout the marketplace will highlight fantastic artwork and have an un-lockable real-world utility including the much sort after red carpet events, meet the stars and in-production VIP film set visits. All NFT's will have a tangible value and be automatically linked to the secondary marketplaces such as Opensea and Rarible.

Darkhorse is scheduled to showcase its highly sort after GrimeGorilla$ NFT collection later this month.

The FilmCoin utility token is backed by Advocates, and Senior Executives, including the highly acclaimed Actor and Producer Terry Stone.

Terry Stone commented, 'FilmCoin is undoubtedly the most exciting project I've been involved with; I'm the First Film Producer in History to be making a slate of films entirely funded via a form of cryptocurrency and digital assets such as NFT's. The FilmCoin Team are really excited about Tales From The Trap, and it proves you don't need to spend millions to make a really great film!'

Requiem For A King: The Rise and Fall of The Shah of Iran, Written & Directed by the Oscar Winning Guy Nativ.

King of Crime: The story of one of the world's greatest criminals of all time, John Palmer.

How To Get Involved

Getting involved in the film industry has never been easier, if you're interested in having your music played in a movie or your wanting to appear in a film or television production, all you need to do is submit your details on the TFTT website www.talesfromthetrap.com and upload a clip of your content, if your chosen a TFTT service representative will contact you directly.

If you are looking to support the decentralized content and film space, just holding $FLIKS is a great way to do it! FilmCoin can be bought and sold on multiple exchanges such as FMFW and CoinStore just like any other cryptocurrencies or easier still, you can purchase directly on the FilmCoin website www.thefilmcoin.io very easily.

Darkhorse a Direct to Customer ("DTC") movie making production Company with a highly scalable digital content sales platform, specialising in the deployment of cutting-edge digital assets such as NFT's to the burgeoning Movie, Television and the Next-Gen cryptocurrency enthusiasts. The core substance and future value of the business is the ERC20 cryptocurrency Utility Token FilmCoin ($FLIKS). FilmCoin is independently valued by the FilmCoin community and is central to the purchasing behaviour of the company's ecosystem. The platform acts as the global gateway where sales of digital assets take place directly to customers within our ecosystem. Darkhorse links and commercialise the new forward thinking FinTech consumer with the traditional worlds of Film & Television, Music and Artwork.

Disclaimer : There is no offer to sell, no solicitation of an offer to buy, and no recommendation of any security or any other product or service in this article. This is not an investment advice. Readers are encouraged to do their own research.

This content is published on behalf of the above source. Please contact them directly for any concern related to the above. 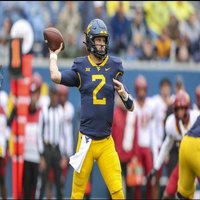 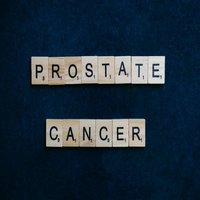 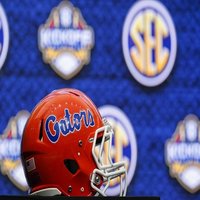 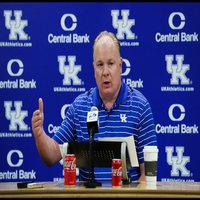 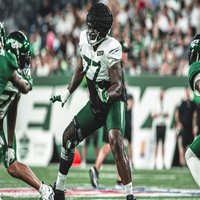