NEW YORK, NY / ACCESSWIRE / November 23, 2022 / Bernstein Liebhard LLP, a nationally acclaimed investor rights law firm, reminds investors of the deadline to file a lead plaintiff motion in a securities class action lawsuit that has been filed on behalf of investors who purchased or acquired the common stock of Compass Minerals International, Inc. ('Compass Minerals' or the 'Company') (NYSE:CMP) between October 31, 2017, and November 18, 2018, inclusive (the 'Class Period'). The lawsuit was filed in the United States District Court for the District of Kansas and alleges violations of the Securities Exchange Act of 1934.

Compass Minerals mines and produces essential minerals, including salt for winter roadway safety and other consumer, industrial, and agricultural uses, and specialty plant nutrition minerals that improve the quality and yield of crops. During the Class Period, the Company operated three business segments: the Salt segment, the Plant Nutrition North America segment, and the Plant Nutrition South America segment. The Salt segment represented approximately 60% of the Company's consolidated revenues during the Class Period. The Company's Salt products are used in a wide variety of applications, including as a de-icer for roadways, consumer and professional use, as an ingredient in chemical production, for water treatment, human and animal nutrition, and for a variety of other consumer and industrial uses.

Within the Salt segment, Compass Minerals operated the largest underground rock salt mine in the world in Goderich, Ontario, Canada ('Goderich' or the 'Goderich Mine'), which the Company routinely hailed as the 'crown jewel' of its asset portfolio. The Goderich Mine accounted for roughly one-third of the Company's earnings during the Class Period. Prior to the start of the Class Period, Defendants announced that the Company was investing in upgrades to the mining system at Goderich, from drilling-and-blasting to continuous mining and continuous haulage ('CMCH'), primarily in an effort to reduce costs and improve profitability. At that time, the Company forecasted the project would cost $70-$80 million and, after it was fully implemented, would reduce the unit cost at Goderich by over 23%, saving the Company approximately $30 million annually beginning in 2018.

During the Class Period, Defendants repeatedly assured investors that the CMCH upgrade at the Goderich Mine was on track to materially reduce costs and boost the Company's operating results starting in 2018. Defendants' statements were misleading because they failed to tell investors that costs at the Goderich Mine were increasing rather than decreasing. Defendants also misrepresented the amount of salt the Company was able to produce at Goderich using the new CMCH equipment, and failed to disclose how known and ongoing production shortfalls were expected to reduce its future operating income.

On October 23, 2018, the Company pre-announced third quarter 2018 financial results that were significantly below expectations and lowered its outlook for the remainder of the year. Following this announcement, the price of Compass Minerals stock declined by more than 30% over the following two days.

Then, before the market opened on November 19, 2018, the Company announced the abrupt termination of its CEO, Francis Malecha. Following this announcement, the price of Compass Minerals stock declined by 8% over the following three days.

If you purchased Compass Minerals common stock, and/or would like to discuss your legal rights and options please visit Compass Minerals International, Inc. Shareholder Class Action Lawsuit or contact Peter Allocco at (212) 951-2030 or pallocco@bernlieb.com.

Since 1993, Bernstein Liebhard LLP has recovered over $3.5 billion for its clients. In addition to representing individual investors, the Firm has been retained by some of the largest public and private pension funds in the country to monitor their assets and pursue litigation on their behalf. As a result of its success litigating hundreds of lawsuits and class actions, the Firm has been named to The National Law Journal's 'Plaintiffs' Hot List' thirteen times and listed in The Legal 500 for ten consecutive years. 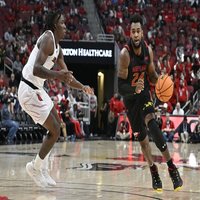 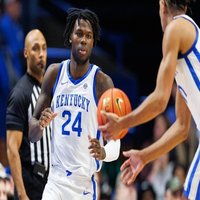 No. 19 Kentucky puts pesky Bellarmine away in second half

Early Big Ten showdown pits No. 16 Illinois vs No. 22 Maryland

No. 19 Kentucky puts pesky Bellarmine away in second half 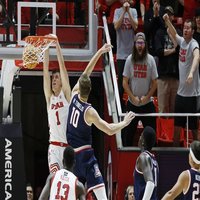 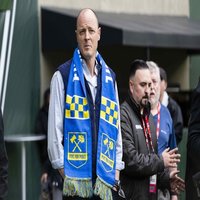 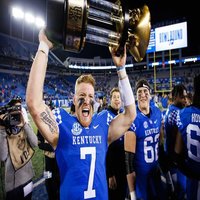 Kentucky QB Will Levis to leave for NFL draft

No. 13 Tennessee's defense shuts down McNeese 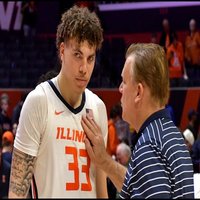 Early Big Ten showdown pits No. 16 Illinois vs No. 22 Maryland 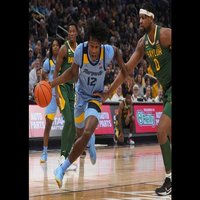 2 Swedes charged with spying for Russia put on trial